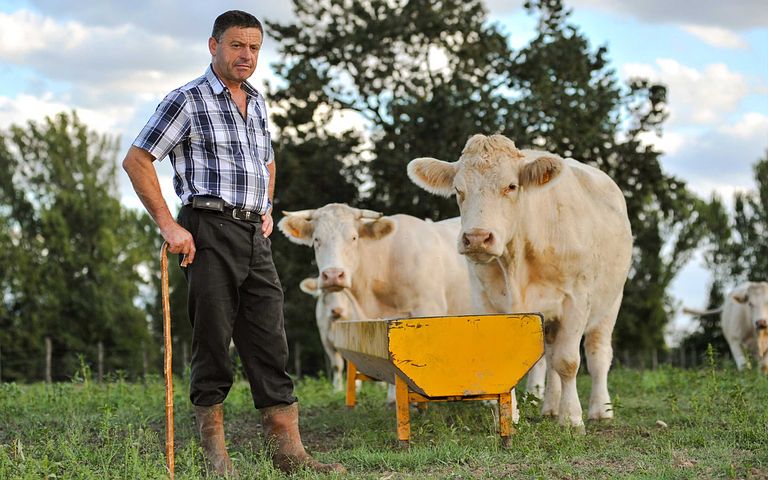 Chris Packham speaks out on impact of population

Population growth is stifling our green and pleasant land

The Times published an edited version of this article on 9 January 2017. Here is the piece in full.

“I remember when this was all fields full of birds and butterflies.” It’s a cliché isn’t it . . . but those words frequently describe changes most adults have seen if they have been fortunate enough to spend time in the countryside. It’s also a powerful metaphor for the wider situation we find ourselves in today. You see, our natural world is forced into competition with the unnatural world we humans create – and it is losing. It is losing badly and this destructive competition will inevitably continue as long as human numbers are growing.

You don’t have to be bemoaning the loss of wildlife to feel the effects of a burgeoning population. The latest research from Population Matters – of whom I am a patron – looks at our human environment and the impact on road and rail congestion of a projected population growth in the UK of almost 10 million people in the next 25 years.

The results show that this could cost our economy more than £23bn . . . and that figure, significant as it is, covers just the direct financial cost of congestion. The full, hidden cost is even greater.

We know that every car, every truck and every railway carriage adds to the amount of carbon dioxide in our atmosphere and makes it harder still to meet the targets we have set ourselves to get climate change under control.

More congestion also means more pollution – combustion engines are getting cleaner but when we put more of them on the road, we are chasing our tails.

And what of the roads we might build to ease the crush? In towns and cities, we need to replace demolished houses, pushing our urban boundaries out further. When we build roads in the country, we squeeze out the natural world again. But we depend on that natural world so we simply cannot afford to do that, financially or ecologically.

From a purely monetary perspective, there is an increasing understanding that nature underpins so much of what we think of as “our” economic activity – from worms turning the soil our food grows in, to the provision of clean water. In 2013, the National Ecosystems Assessment placed the worth of insects pollinating our crops at £430m per year. Of course, for myself and millions of others, the value of nature isn’t solely measured in pounds and pence nor also the deep and essential pleasure and contentment it brings. It is more that we are intrinsically connected with the natural world, woven into its fabric and complexity and as one very small part of it – entirely dependent on it. We must re-adjust our thinking to know this because if we don’t we are doomed – pure and simple.

And however you measure it, the hard facts say we don’t value it enough. The State of Nature report published in September by more than 50 UK nature conservation and research organisations found evidence of significant losses in biodiversity – bleeding life’s richness. 56 per cent of recorded species declined between 1970 and 2013. The UK has experienced significantly more biodiversity loss than the global average, and is now ranked as one of the most nature-depleted countries in the world. Yes, that’s our backyard, going down the pan.

The report attributed significant blame to intensive agricultural practices. Our countryside should not be a factory floor but we treat it as if it is. We smother it with crops and destroy the diversity on which the whole system depends. More people means more food: a drive to ever-increased productivity – at whatever cost to the natural environment – seems sadly inevitable. And what applies on this island, applies on Island Earth too. More so, in fact, because Island Earth cannot import resources from anywhere else and the pollution and emissions its population generates have nowhere else to go.

WWF’s 2016 Living Planet report pulled no punches in describing the devastation to our natural world caused by human activity. The report calculates that by 2020 populations of wild vertebrate animals will have declined by nearly 70 per cent since 1970.

In 1970, the global human population was half what it is now.

One of the report’s most shocking conclusions is that the current rate of extinctions is 100 times what would be considered normal without the impact of human activity. WWF’s head of science bluntly described what we face as the first “global mass extinction of wildlife” since the dinosaurs were wiped out. Commenting on the report, Patrick Bergin, chief executive of the African Wildlife Foundation, didn’t shy away from identifying the cause:

“The relentless expansion of human populations and economic activities in every corner of the globe, including now the most remote parts of Africa, is clearly pushing more and more wildlife species to the brink.”

The irony is, this is a global problem with the most local solution of all. You see most of us, certainly, most readers of this article decide, how many people there are on this planet. Very sadly that choice is not global yet; an estimated two hundred million women worldwide cannot access the family planning they need. But the rest of us can help put that injustice right. But let’s be clear, this isn’t just about putting contraceptives in people’s hands. Helping women empower themselves through political rights, economic support, and essentially, education enables them to choose smaller families – and whenever they have those opportunities, that is exactly what they do.

Here in the UK we already have the choice of how many children we have. If we want them to enjoy the natural world – to have a thriving supportive natural world they will need to survive – we have to recognise that the more of them we have, the more difficult it will be for them to do that. We all need breathing room: animals, plants, human beings. We shouldn’t have to compete for it, and we don’t have to.

Chris Packham is a naturalist and presenter of wildlife programmes on television.