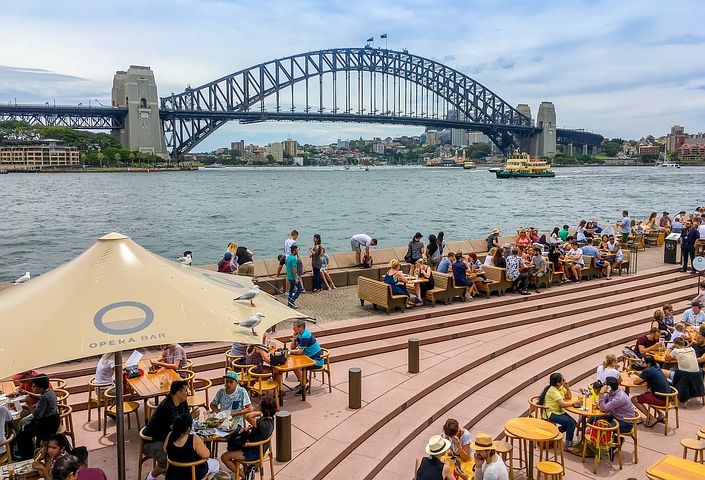 “For Sydney to grow – in less than a generation – from 1958 when it was two million, to now hit five is pretty phenomenal.

“Sydney is going to add a new Perth – two million people – to its population in the next 20 years. For Melbourne, [it’s] a 100,000 increase every single year … that sort of growth requires some significant infrastructure injection.”

No shortage of space but is Australia’s growth sustainable?

Australia’s population reached 24 million last year, with half of the annual growth driven by immigration (a lower proportion than in previous years). Its population is expected to hit 50m in 2086.

The largest single origin country of immigrants in Australia remains the UK, with over one million British-born people in the country.

While its population density is less than 1,000th that of Shanghai, Australia actually has the second highest per capita ecological footprint of any country (ecological footprint is a measure of how much natural resources are required to supply individuals needs and absorb the waste and emissions they produce). Australia is also the Earth’s driest continent and the effects of global warming threaten a water crisis by the end of the century, according to scientists.

Population Matters believes that a decent standard of life for all and a healthy, biodiverse environment can only be achieved if population and consumption are in line with natural resources. Find out more about population and why it matters.