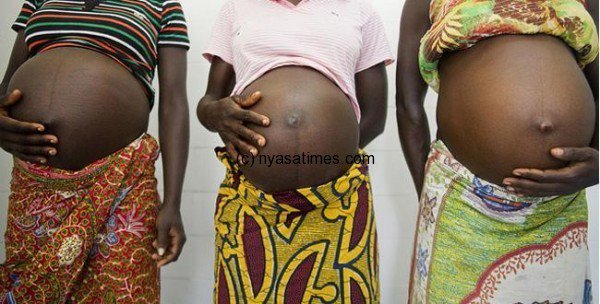 One step forward, two steps back in African economic development?

Despite significant progress in recent years, Malawi’s government is concerned that young Malawis will inherit only poverty as economic gains are neutralised by population growth.

Despite success in bringing family planning services and improvements in maternal and child health, Malawi’s annual population growth of 3.32% remains greater than its rate of GDP (Gross Domestic Product) growth and threatens to derail economic progress.

In response to the country’s recent Demographic and Health Survey, Minister of Finance, Economic Planning and Development, Goodall Gondwe, said:

“The high population is exerting a lot of pressure on our economy. As a country we have made tremendous gains over the years but the impact is not reflected on our economy because the gains have been dissipated by population growth”

According to Malawi media, the Malawi government is urging people to “make fewer babies”.

The demographic and health survey also found that about 29,500 women receive care for induced and spontaneous abortions in health facilities in Malawi each year, while teenage pregnancy is rising, with 30% of teenagers having given birth.

The most important factors contributing to unintended pregnancy and induced abortion identified by the survey included inaccessibility of safe abortion services particularly for the poor, and young women, and lack of adequate family planning.

These services are under threat as a result of the US government’s reintroduction of the ‘global gag rule’, which cuts funding from any health project which provides or gives information about abortion.

At a meeting on the implementation of the UN Population Fund’s (UNFPA) assisted-programmes held in Nigeria’s capital Abuja, the Nigerian government commended the UNFPA’s work on population and development.

It reaffirmed that it will continue to support the promotion of family planning, gender, sexual reproductive health and population, and development in order to enhance its growth, according to an article in the Nigerian Tribune.

Mr Dasogot Dashe, the UNFPA Programme Analyst on Demography and Statistics, urged participants to focus on ageing population in order to reap the demographic dividends. The demographic dividend is the economic boost that occurs when the proportion of children in a population reduces, allowing more adults to enter the workforce and reducing numbers of dependents.

Despite these optimistic comments, however, Nigeria’s progress is threatened by massive population growth.

Population Matters believes that access to family planning services is fundamental to slowing and reversing unsustainable population growth. We support measures to secure equal gender participation in education, the economy, and society.