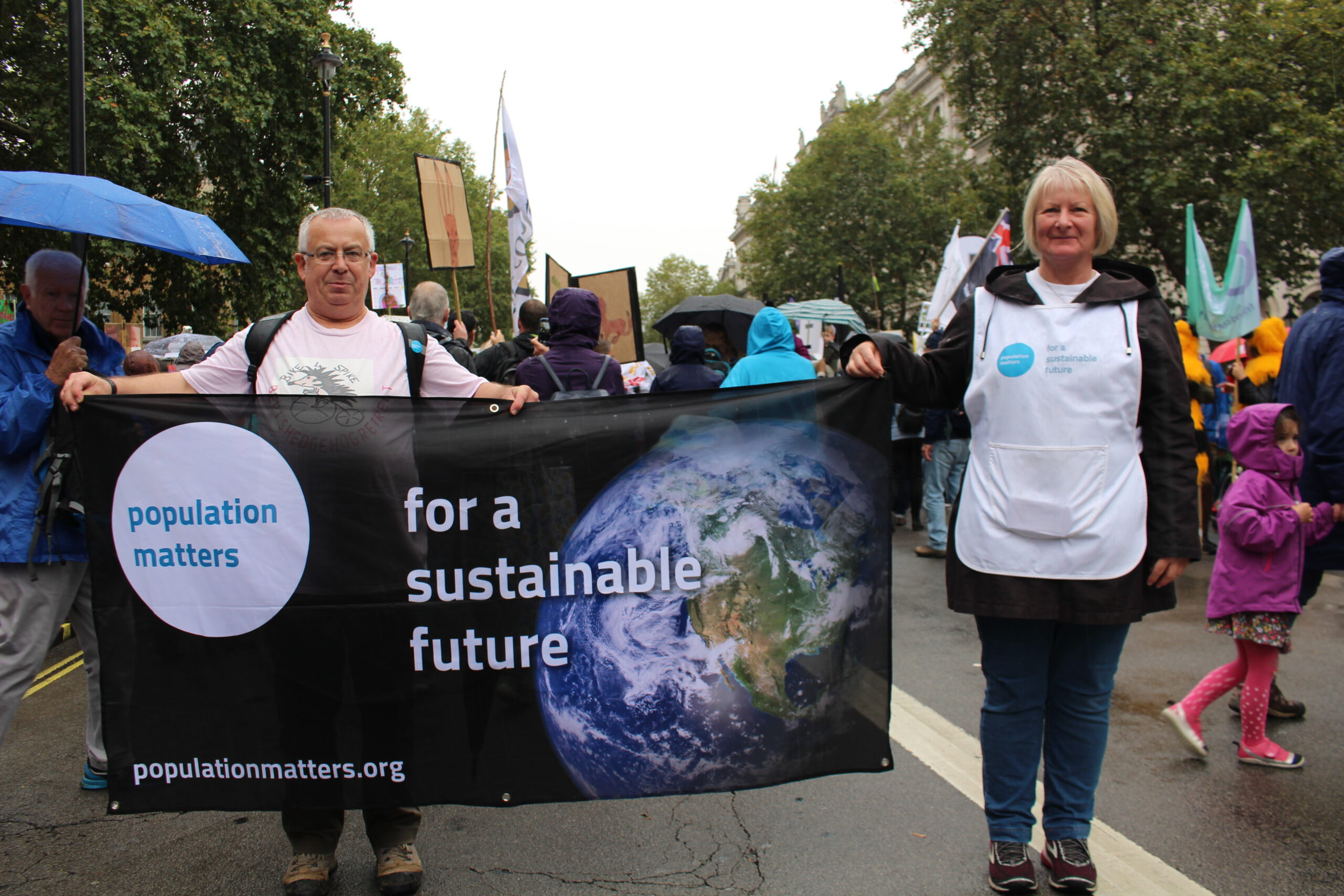 In December, Robin Maynard started work at Population Matters as our Interim CEO. In this interview, he explains why he is here and what he hopes to achieve.

Having read English at university, I worked briefly in advertising where my burgeoning environmental concerns soon ran up against the requirements of the day job (sell more stuff!).

After short stints as a tree-surgeon, then teaching in Egypt – where the school ran two shifts to accommodate pupil numbers – I returned to England, volunteering for Friends of the Earth, whilst looking for teaching posts. Shortly afterwards, Chernobyl blew up and that dark cloud led to a job with FoE tracking radioactive fall-out across the UK.

A 30-year career followed as an environmental campaigner working with FOE, the Soil Association and other conservation bodies – as well as periods presenting BBC Radio 4’s Farming Today and working for The Body Shop founder, Anita Roddick. Latterly, I’ve been freelancing with various farming and wildlife organisations.

How did you get involved in the population concern movement?

Population was regularly raised as a concern by Friends of the Earth’s Local Groups – but the prevailing HQ mantra was to focus on ‘consumption alone’.

This didn’t satisfy a number of us, including key figures such as Jonathon Porritt, then director of FoE, and Val Stevens, chair of the Board. But ours was not the majority view. Over 2012-13, Jonathon and I worked on behalf of Population Matters to try to persuade FoE and other mainstream environment/conservation NGOs to accept the finding of the Royal Society’s People and Planet report that both consumption rates and population numbers needed to be taken into account.

We had fun tweaking the NGOs’ tails, approaching their activists and members directly (who were more inclined to accept the argument than their head offices), but limited success in shifting stances – although we did force them all to review their positions.

What did you think about PM’s work before you came on board?

I have always admired PM for putting its head above the population parapet. Too often, anyone who talks about population is falsely labelled as ‘racist’, ‘neo-colonialist’, ‘anti-human’ (even when those speaking out come from developing countries!).

None of those crude stereotypes apply accurately to PM.

I believe our agenda is wholly pro-human – but pro-human within the constraints of a finite planet; where living in balance with other beings and respecting natural ecosystems are not only essential for our survival but also our well-being.

What do you think the priorities are in campaigning on population?

Being only just in post, I don’t presume to have as in-depth an understanding as others closer to the issues for far longer. But my sense, just as when I was at FOE, the Soil Association or the Wildlife Trusts, is that if the facts alone were sufficient, none of us would need to be doing this work. Robust evidence is essential, but the ways and means of its communication are as important. The reluctance by otherwise reasonable people not to touch the population issue is psychological, emotional and tangled in confused value systems. My early stint in advertising may prove to be of more worth than it seemed at the time!

What do you hope to achieve at PM?

Although taken on as an interim director for 6-months in the first instance, rather than view that as merely caretaker cover, I want to provide a fresh and unflinching perspective for the organisation and provide a positive challenge as to how we can best deploy our modest resources to achieve most positive change.

What do you like to do when you’re not working?

Like many campaigners, too much of my time is spent tapping at a keyboard, crafting cunning phrases for press releases or talks and shaping strategy papers… Getting out into the natural world, the inspiration for my work is essential for my mental as well as physical well-being – as I believe it for everyone.  Attempting to grow some produce on my allotment also gives me great satisfaction along with equal bouts of slug-led humility!