On 29th January, Population Matters met Alex Sobel MP. In response to Twitter criticism of Mr Sobel for meeting us, he issued this statement. We are pleased that he made no judgment on the accusations made against us and specifically stated that it was for us to respond to them. Our response is below.

As our website, annual report, and other publicly available communications consistently show, Population Matters is an international charity working with partners globally and which actively supports diversity, empowers choice, endorses human rights and promotes global justice. We are honoured to have international, high-profile champions of diversity, women’s empowerment, and ecological justice amongst our patrons and advisors. Our colleagues include people who are migrants to the UK and from a diversity of backgrounds.

It should therefore be absolutely clear that, just like Alex Sobel, Population Matters is 100% opposed to any form of racism, ‘eugenics’ or ideological prejudice. As we state unequivocally and prominently on our website, racism has no place in the population debate, “We deplore and condemn racist interpretations of population”.

Because of our shared values, we were delighted to have a constructive and positive meeting with Alex, in which we agreed on the importance of addressing population as an issue impacting upon the wellbeing of people everywhere and, alongside excessive consumption (especially in the developed world), driving ecological damage to the detriment of all.  In particular, we agreed on the huge benefits of promoting the available, non-coercive, positive means for addressing both the population and climate issues through women’s empowerment, universal education and modern family planning.  So we were shocked that a tweet reporting on the meeting received a barrage of false accusations and abuse directed at Alex and Population Matters, misrepresenting the positive discussion we’d had, and mischaracterising our organisation, its values and principles.

Of course, we’re disappointed that Alex didn’t contact us before issuing his statement to check the facts and to reaffirm that we share the same humanitarian, compassionate and ethical values. We welcome the concluding comments of his statement, hoping for an opening up of discussion on this issue of critical importance to the wellbeing of people globally to wider debate: that was and is exactly our intention. We recognise that people hold legitimate concerns but the Twitter storm rehearsing outdated, inaccurate, and offensive stereotypes directed at anyone seeking a reasoned debate founded on the facts, has instead shut down any such discussion and seeks to demonise anyone who raises it. This was a missed opportunity to stand up for open dialogue and reasoned debate, to condemn false, offensive and wild accusations, and to underline why addressing population is consistent with compassionate and progressive values. We remain strongly supportive of the excellent work Alex is doing on environmental and justice issues, and we would be pleased to talk to him again at any time.

Our values, beliefs and principles are comprehensively laid out on this page on our website. Responses to specific concerns regarding previous Population Matters policies can be found here. 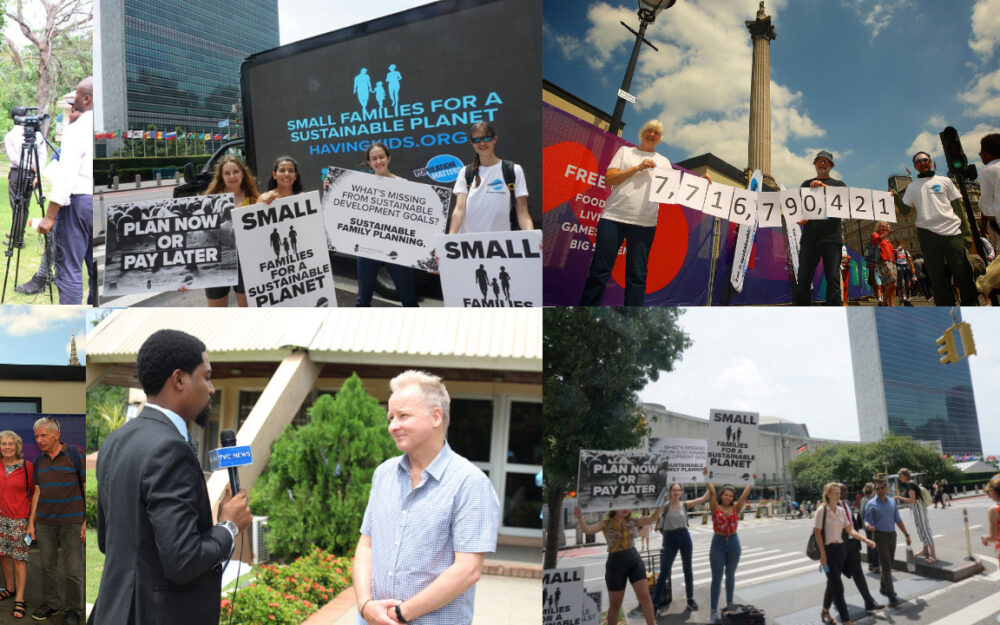 This World Population Day, 11 July 2019, Population Matters went global by running events in three continents. Thanks to our supporters and allies, we had a very successful day in…