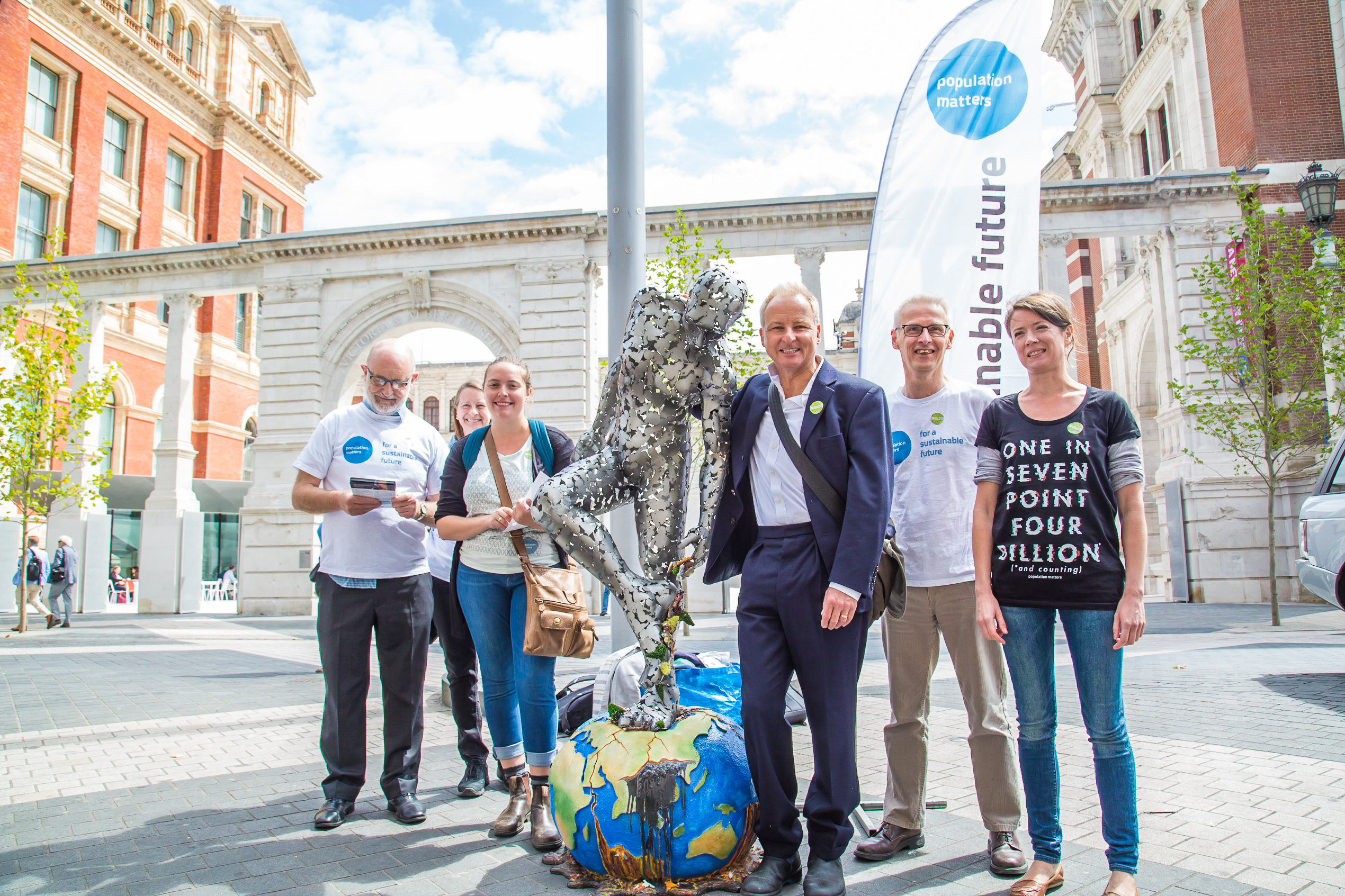 NOTE: This article was published in 2016, before the development of the present website. As a result, some links may not work. Popuation Matters publications going back many years are available on our Resources page.

The Optimum Population Trust (OPT) was founded by David Willey and others on 24 July 1991.

Its goals were: “to collect, analyze and disseminate information about the sizes of global and national populations and to link this to a study of carrying capacities and inhabitants’ quality of life in order to support policy decisions.”

One distinctive ambition was to get ‘pherology’ (the study of carrying capacity) recognized as a mainstream science. (The Global Footprint Networkhas since mainstreamed ‘Footprinting’.)

Until 2005 it was an all-volunteer body, operating more as a think-tank than a campaigning organization. It had some impressive successes. It published a magazine, and later a scientific Journal for its research; and it gained some media coverage. Its membership reached around 100 by 2002.

The global population at the time of its founding was 5.5 billion (now 7.3 bn); and the UK’s was 57.5 million (now 63.4 m). At the first Rio Earth Summit in 1992, population was barely considered, though the then Secretary-General did say, memorably and presciently: “Either we reduce our population humanely, or nature will do it for us brutally.”

I joined as a humble provincial member in about 1993, recruited by founder member and geologist Willie Stanton. I was serving on a number of regional environmental bodies, where I started floating proposals to identify population growth as a multiplier of most of our problems.

It was at this time that I first encountered the ‘mad taboo’ that population must not be mentioned, which remains so damaging and still makes me angry.

The taboo arose after the 1994 Cairo Population Conference. Although its Programme of Action frequently mentioned the need to reduce population growth, certain women’s groups from the United States successfully spread the lie that any talk of ‘population’ as such, or even ‘family planning’, must mean coercive ‘population control’. These terms thus became politically incorrect, and were replaced by ‘sexual and reproductive health and rights’ (‘SRHR’).

One leader admitted that they wanted the money for contraception to be redirected to wider women’s issues; but the effect was only to reduce funding for family planning programmes. The number of women with an unmet need for contraception steadily rose thereafter, causing immense suffering. The understandable diversion of funds to address HIV/AIDS only made a bad situation worse.

This post-Cairo disaster has seriously handicapped OPT/Population Matters (PM) ever since. A whole generation of otherwise rational people, such as British environmental journalists George Monbiot and Fred Pearce, are bizarrely inhibited about discussing population, sensing vaguely that it’s ‘not really nice’, or even racist, to do so. Our mission almost boils down to ‘breaking the mad taboo.’

Returning to organizational development, David Willey sadly died in 2000. Edmund Davey became acting Chair of OPT, with strong support from Val Stevens and Bill Partridge. In 2002, Rosamund McDougall, who had a background in financial journalism and publishing, joined as one of two Co-Chairs with Professor John Guillebaud.

OPT published high quality research and secured a steady stream of media coverage. It launched its first website in 2002 and obtained charitable status in 2006. It released John Guillebaud’s ‘Youthquake’ report in 2007 and recruited a number of notable patrons, including Sir David Attenborough.

By 2005, OPT could afford to engage the environmental journalist David Nicholson-Lord and pay Rosamund for some of her work. A major boost occurred in 2007, when OPT received a large bequest from a founder member, Jack Parsons.  A condition attached to the Will was that a home should be found for his huge population archive — a task which Edmund Davey laboured on for many months, with eventual success.

The money enabled OPT to start paying for professional services. David and Rosamund teamed up as joint Policy Directors and Julie Lewis was engaged as Administrator. Meanwhile, Val Stevens became Chair, followed by Sue Birley and then Val Stevens again. Tragically, David became ill with a terminal condition in 2008 and died, much missed, in 2014.

I became Chair in 2009, and the following year we appointed Simon Ross as Chief Executive. Activity has increased steadily since. Achievements include:

But outputs are not outcomes. Only when the British Government, the EU and the United Nations have declared population stabilization and reduction to sustainable levels to be a priority policy goal can we declare victory.