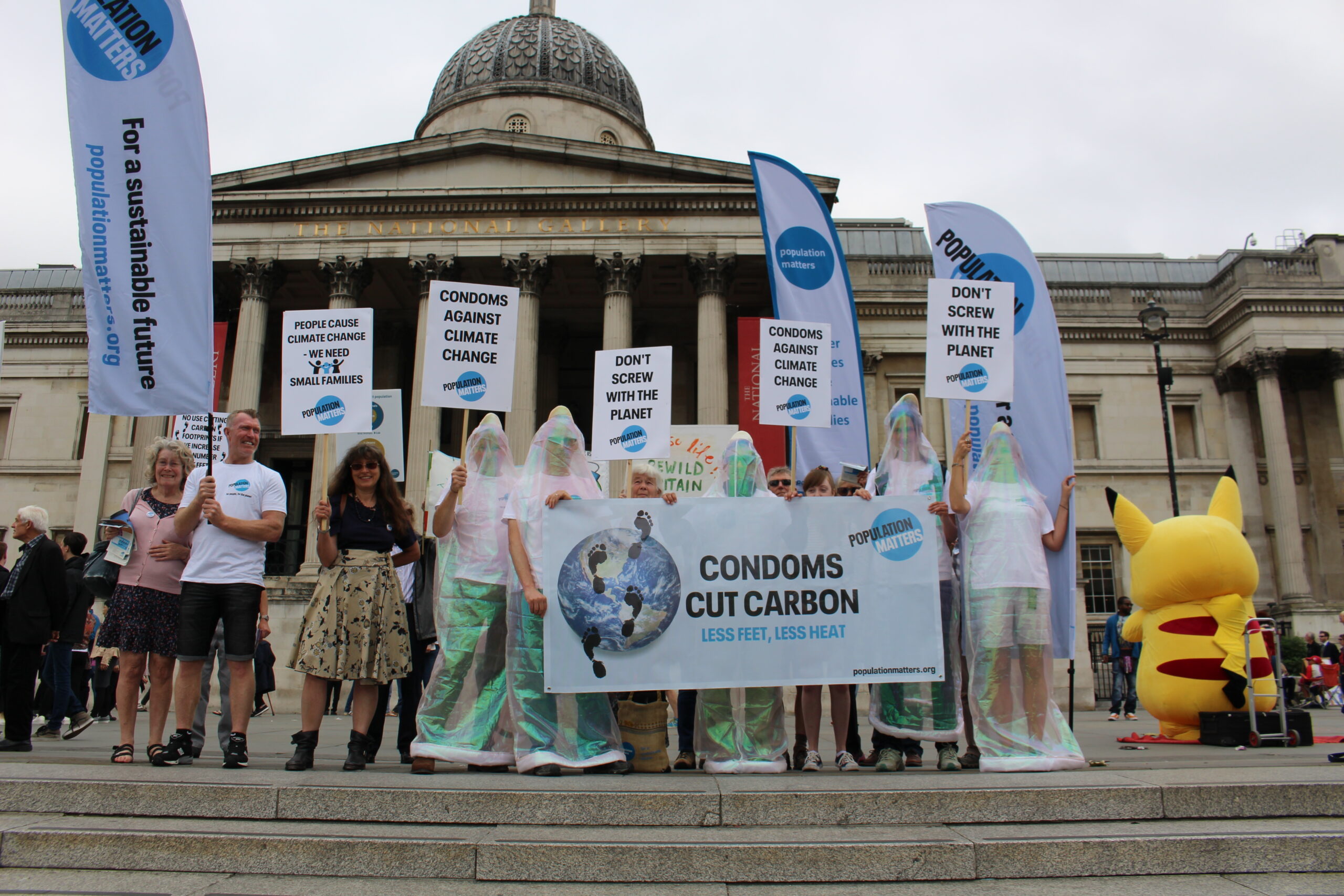 Decked in giant condom robes, Population Matters and supporters attended the mass lobby for climate and the environment in London yesterday, highlighting the urgent need for smaller families.

Around 12,000 people gathered around Parliament yesterday to lobby their MPs to take urgent action on climate change and biodiversity decline. Organised by The Climate Coalition, of which Population Matters is a member, The Time is Now mass lobby brought together people of all ages from across the UK.

Population Matters staff, members and supporters gathered at Trafalgar Square to distribute flyers and raise awareness of the crucial link between environmental issues and human population pressures. Our person-sized condom costumes and banners including the slogans ‘Don’t screw with the planet’, ‘Condoms cut carbon’, and ‘Condoms against climate change’ turned heads and made people laugh. Our group proceeded down to Westminster to join the lobby queues, where we were met with many thumbs up and words of support. Several of us joined the lobby queues to meet with our MPs and urge them to include family planning and women’s empowerment in their plans for the environment.

Smaller families are vital for meeting climate targets. Project Drawdown, which ranks climate actions according to their effectiveness, found that the combination of family planning and educating girls is the most powerful way to combat climate change, potentially reducing carbon emissions by more than 100 gigatons by 2050. A 2017 study by the Universities of Lund and British Columbia suggested that having one fewer child may be more than 20 times more effective than any other action individuals can take to reduce their carbon footprints.

It is clear that a rapidly growing number of people wish to see ethical population action as part of national and international measures to reduce environmental destruction. Governments must listen and realise that ‘the time is now’ to step up action to boost global family planning and gender equality for people and planet.

Were you at the lobby and felt inspired? We rely on our members to deliver our vital work. The bigger our supporter base, the more effective our efforts to move population issues up the political agenda. Join us today! 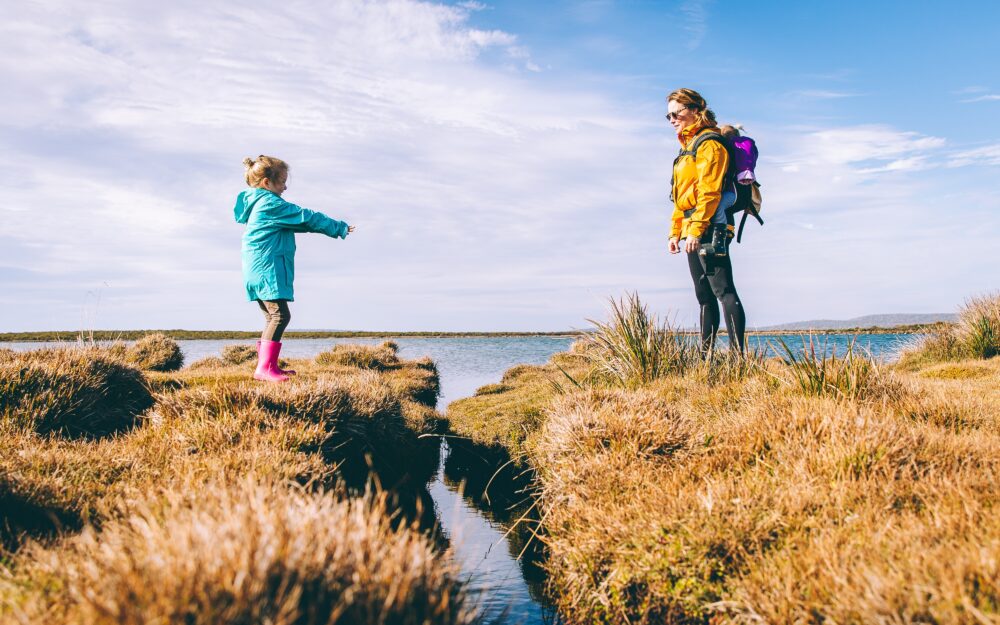