On International Women’s Day, Dr. Yasmeen Sabeeh Qazi, Senior Advocacy Advisor to the Bill and Melinda Gates Foundation, explains why empowering women and girls is key to accelerating sustainable development in her country, Pakistan, and globally, and calls on world leaders to invest in the advancement of women’s rights.

“Women hold up half the sky,” reads an old Chinese saying. Indeed, women have traditionally been the world’s farmers, child bearers, and caretakers – the backbone of families and societies. And yet, girls and women continue to suffer from gender discrimination in much of the world. This second-class citizenship is detrimental first and foremost to the well-being of women themselves and is also a major obstacle to advancing economic development, reducing poverty and achieving environmentally sustainable societies.

Over the last half century, we’ve learned that the best way to slow population growth is not through coercive “population control,” but by ensuring that all people are able to make real choices about childbearing.

Women’s rights are key. Fertility rates remain high where women’s status is low. Fewer than one-fifth of the world’s countries will account for nearly all of the world’s population growth this century. Not coincidentally, those countries – the least developed nations in sub-Saharan Africa, South Asia, and elsewhere – are also where girls are less likely to attend school, where child marriage is common, and where women lack basic rights. Pakistan is sadly one of these countries and unless corrective measures are taken to redress the situation at fast pace, it will further deteriorate.

What is important to understand is that women’s rights and reproductive health are vitally important in their own right, as a matter of public health and social justice. They can also help slow population growth and help ensure a sustainable future. If women and girls are given contraceptive tools and information, they’ll limit the size of their families of their own free choice, and that makes their families healthier, wealthier, and better able to thrive in a climate-changed world.

Pakistan is at a crossroads, and not for the reasons one might think.

Data from the latest Pakistan Demographic and Health Survey (PDHS) show the country has an opportunity to seize an economic boost, but only if they can accelerate fertility decline and women’s empowerment through increased access to voluntary family planning and other strategic investments.

The boost is known as the demographic dividend – the accelerated economic growth that results from changes to a country’s age structure, namely a decrease in the share of young dependents (net consumers), relative to an expanding proportion of working-age adults (net producers). With a relative increase in the working-age population, if educated and productively employed, these changes can usher in better living standards for families, increased production per capita, and higher rates of savings and investment.

With a population exceeding 207 million, Pakistan is slowly progressing through its demographic transition – or the movement from people living short lives and having large families to living long lives and having smaller  families. Historically, high fertility has distorted Pakistan’s age structure. In fact, the average number of children per woman did not fall below six until the 1980s. As a result, the country is characterized by large numbers of children and young adolescents. Last year, 34 percent of the population was below the age of 15, requiring significant government and household investments to fund the health, education and other consumption needs of the youngest age groups. Another 30 percent of the population is between the ages of 15 and 30. This large cohort of young population in country has been linked to slower infection and death rates due to COVID-19, as compared to wealthier and modern countries.

The last 2017-18 PDHS shows that fertility has declined to 3.6 children per woman. However, this represents an annual decrease of just .05 from the last survey round – a significantly slower pace of decline than that observed in East Asian countries at similar points in their demographic transitions. In order to facilitate a robust dividend, fertility decline must accelerate so that today’s generation of children and young adolescents progress into their working-ages, while successive generations of children decrease in size.

Although fertility decline and the resulting maturation of the age structure are critical for the dividend, this trajectory is anything but guaranteed without increased access to voluntary family planning. Importantly, family planning programs have not only been shown to increase the social acceptability of birth control and smaller families, but they also provide the voluntary, affordable and effective methods to help women have the number of children they desire.

The 2017-18 PDHS reports that 25 percent of married women are using modern contraception, a 16 percentage point increase over two decades. While notable, one in five married women have an unmet need for family planning, putting millions at risk for mistimed and unplanned pregnancies each year. Also contributing to the slower pace of fertility decline is the preference for large families by Pakistani women and men (four children on average), which has remained unchanged since 1990.

Improving access to family planning is not only important for expediting fertility decline and age structure shifts, but it’s also critical for making the most of the prospects the dividend offers. Family planning is important for preventing unintended pregnancy, unsafe abortions and maternal death/disability, thus averting missed opportunities in education, employment and lifetime earnings. Harnessing women’s potential thus also requires empowering women of all ages through the expansion of education and employment opportunities.

My message to world leaders is this:

Invest in girls and women, the return on investments is unprecedented. Let everyone, especially girls and women, have the right to choose and decide about their education, marriage, family size and employment.

Dr. Yasmeen Qazi is a medical doctor and reproductive health expert who has been an active advocate for women’s health issues for more than 25 years. Recently listed in the top 100 Women Leaders in Global Health in Pakistan, she has been associated with the Bill and Melinda Gates Foundation since 2015, first as Senior Technical Advisor and currently as Senior Advocacy Advisor on Family Planning.

The impact of COVID-19 on women’s reproductive health in India: Safeguarding women’s rights 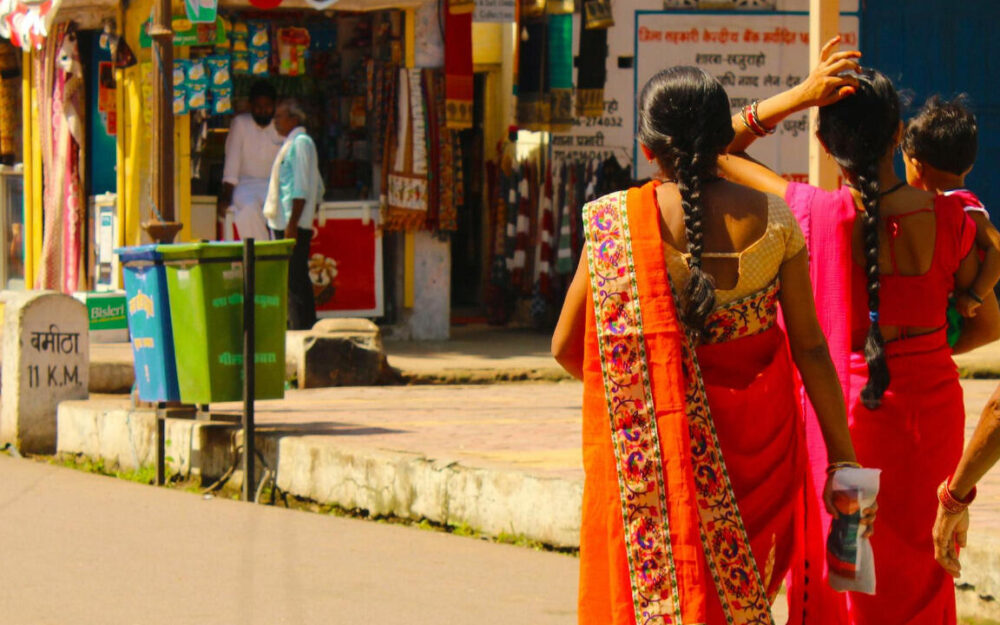 In this guest blog post marking International Safe Abortion Day, Sanghamitra Singh, a health scientist working with the Population Foundation of India, examines the impact of the pandemic on women’s rights and…