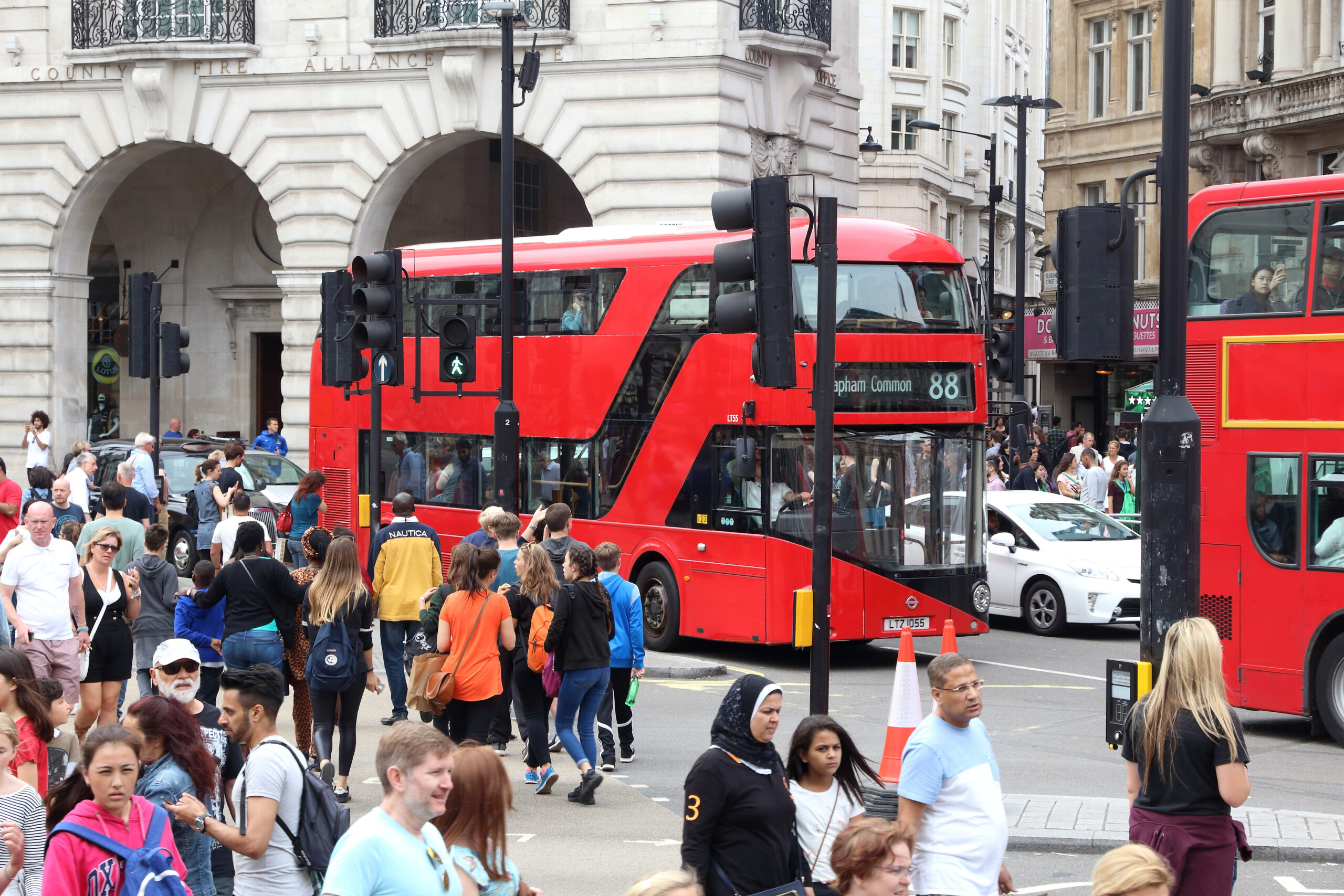 With the United Kingdom already considered one of the most nature-depleted countries in the world, unabated population growth poses a real threat to remaining ecosystems and human health and wellbeing. Population Matters Director Robin Maynard takes a look at a UK politician’s new proposal to set up a governmental body tasked with monitoring national population trends and developing policy recommendations.

The latest figures from the Office for National Statistics (ONS) estimate the UK’s population at 66.7 million people and project it to pass the 70 million mark in 2031. By 2050, the UK is expected to become the most populous nation in Europe, despite its relatively small land area.

As Population Matters (PM) discovered from a series of Freedom of Information requests, no government minister or department has the specific responsibility to reflect on these figures. Hence, PM has been calling for the UK to have a Sustainable Population Policy, with a Cabinet-level Minister responsible for acting upon those population projections, and a dedicated parliamentary select committee to provide independent scrutiny. Given Nigeria has an official national Population Commission (as I discovered during my visit to Lagos in 2019), it seems anomalous the UK doesn’t.

Lord Hodgson’s recently published pamphlet ‘Overcrowded Islands? The challenges of demographic change for the United Kingdom’ is therefore a welcome intervention from a senior parliamentarian, and one which stands as a challenge to government in exposing the lack of any official analysis or ‘plan’ regarding UK or global population projections. Hodgson, despite being a former Deputy Chairman of the Conservative Party, has no hesitation in highlighting the inconsistencies in his government’s unquestioning approach in passively accepting the projected population growth of some 3 million more people by 2030 and a total of 6 million more by 2040. Such short-termist thinking in regard to population, not unique to this government or any political party, is manifested in the government’s post-Covid ‘economic recovery plan’ and the Prime Minister’s bullish “Build, build, build!” sound-bite. The indicated target of 2.5 million more homes by 2040 means concreting over an area of land the size of Bedfordshire, sacrificing Oxford’s greenbelt (‘sanctum of sanctums’ to many Conservative voters), and extracting more of our already stressed water sources – the latter described by the head of the Environment Agency as “entering the jaws of death” over the next 20 years.

The title makes it clear that the pamphlet’s focus is on the UK, and ‘Overcrowded Islands?’ does not shy away from the ‘extreme sensitivities’ around the issue of immigration. With the ONS showing the UK’s fertility rate (average number of children per woman) having fallen to 1.7, yet our population continuing to grow over the next three decades, it is a fact that the effects of net migration (including on birth rates) are expected to be the main driver – currently projected to account for 79% of that growth over the next 10 years, according to ONS. More of us living longer is also a significant factor. Hodgson distances himself from the crude, unhelpful binary arguments that can taint any serious, nuanced discussion around immigration, decrying the ‘xenophobes’ and ‘Little Englanders’ who foment such.

“Demography is agnostic… [it] measures and provides facts and estimates about the overall impact of the existing population as well as the impact of likely future changes in its size and structure – irrespective of race, colour or creed. In short, demography presents data on which calm rational discussion… can be based.”

The pamphlet’s principle call to action is for a “Demographic Authority”, an independent department within government responsible for assessing evidence on demography and providing recommendations and strategy proposals to policymakers. This is along very similar lines to PM’s earlier calls for an evidence-based population strategy, and Lord Hodgson’s report and his willingness to raise the facts and impacts of population growth publicly are to be applauded and welcomed. However, I would have liked to see more consideration and recommendation of the positive solutions for stabilising our population, especially as regards empowering women, reducing teen pregnancies (which in areas of the UK are still shockingly high) and promoting the benefits that smaller families bring to people and planet.

Any discussion of the environmental impacts of population growth must also recognise the impact of and importance of addressing our unsustainable levels of per capita consumption here in the UK and other developed countries.

The UK is indeed a nation of islands, but we cannot isolate ourselves from our responsibilities and connections with the wider world and humanity.

Achieving universal education, especially for girls, as well as enabling global access to and choice over safe, modern family planning, would benefit millions of people (especially women) currently denied those basic rights – and will indirectly benefit those of us who live in the UK.  Something that DFID, (the Department for International Development) understood and supported through its foreign aid policy, which included funding ethical family-planning services. Yet DFID has been dismantled, for no good reason, it would appear, other than to pander to those ‘Little Englanders’ on the back-benches.

We need an approach to population that reflects the challenges of today, and those ahead. A pressing example being climate change, caused by the industrialised countries (not least, the UK as the ‘birth-place’ of the Industrial Revolution), which will force millions of people to leave their homes and become ‘climate refugees’. The Sahel region of Africa, which retains some of the highest fertility rates in the world due to slow progress in tackling child marriage and other harmful patriarchal norms, is set to suffer temperature rises that will make vast areas unable to support life. Europe and the UK need to plan ahead for that surge of refugees, people whose per capita carbon emissions are amongst the lowest in the world forced from their homes by our historic and current high carbon emissions. Not just by cutting our energy use and consumption to slow climate change, but also through stabilising and managing down our own population growth – so building resilience, sustaining natural resources, and increasing our capacity to absorb a fair share of those climate refugees.

As Hodgson concludes, population is “an issue that needs discussing”. His pamphlet is a valuable contribution to opening up the necessary “grown-up discussion”, as per the opening quote from an article written by “a journalist named Boris Johnson” in 2007 – since when, under his government and others’, the UK’s population has grown by another 7 million people. The integrated, strategic and ethical Sustainable Population Policy we are calling for at Population Matters goes a significant step further by ensuring population discussions and policy take into account the needs of people around the world, and the empowering choice-based solutions that will lead to better lives for all. 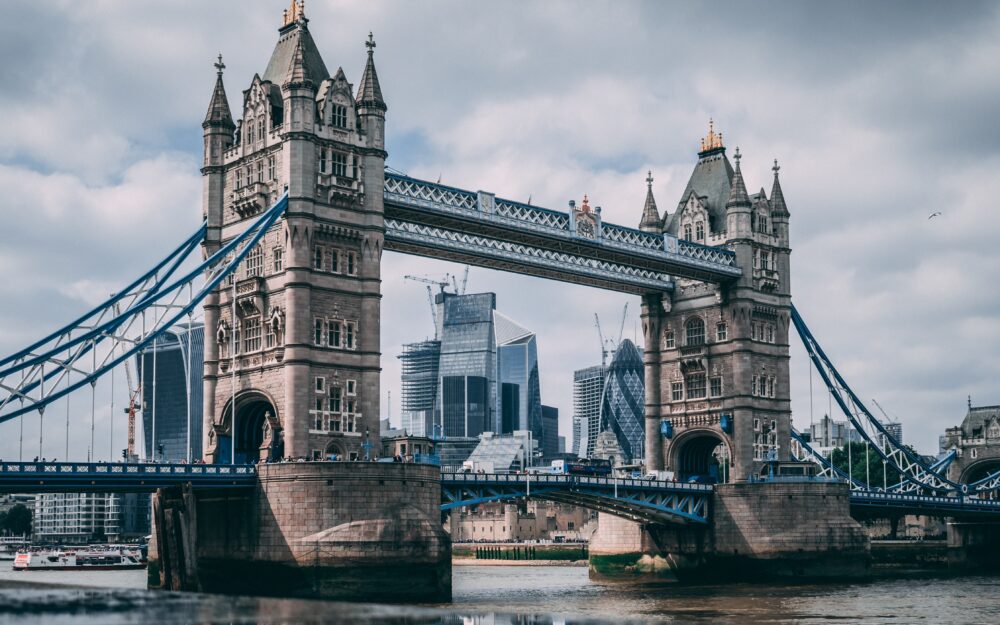