As 2020 draws to a close, humanity is reflecting on a particularly difficult year. For most of us, it was a year of social isolation, anxiety and loneliness. For many, it brought intense suffering due to illness, the loss of loved ones, and lockdown repercussions. The slow but sure roll-out of COVID-19 vaccination programmes presents a light at the end of the tunnel, yet new pandemics are just around the corner unless we confront our broken relationship with nature. Population Matters Senior Communications Officer, Olivia Nater, reviews the evidence.

Sawing off the branch we’re sitting on

In March of this year I wrote about the link between population growth, environmental destruction, and pandemics. Since then, multiple scientific authorities and international bodies, including the UN and WHO, have issued warnings about how our exploitation of nature and other species, in particular via deforestation, wildlife trade and animal agriculture, is fuelling human health crises.

A major report by IPBES, the Intergovernmental Science-Policy Platform on Biodiversity and Ecosystem Services, published in November, provides a concise summary of how our exponential rise in consumption, trade and population pressure is driving a rapid increase in the risk of pandemics, with more than five new diseases emerging in people every year.

“There is no great mystery about the cause of the Covid-19 pandemic, or of any modern pandemic. The same human activities that drive climate change and biodiversity loss also drive pandemic risk through their impacts on our environment.”

Crucially, the report points out that existing pandemic strategies are flawed because they rely on responding to diseases after their emergence, with public health measures and technological solutions, instead of preventing them in the first place. The astronomical human cost of this approach extends beyond deaths and sickness to lost livelihoods, more gender-based violence, kids out of school, and child marriages. The global economic cost of COVID-19 is hard to quantify but IPBES estimates that in the US alone, the price tag of this “damage control” strategy will amount to up to US$16 trillion by the end of 2021. The report shows that global preventative measures based on reducing wildlife trade and land use change would cost two orders of magnitude less than the damages inflicted by pandemics.

Whilst COVID-19 has forced a temporary reprieve for the environment in some areas due to reduced human activity, it has also gone full circle in many developing regions, leading to a surge in deforestation caused by millions more people being pushed into extreme poverty – a lasting effect which will likely be with us for many years to come.

Our apparent inability to act until it’s too late applies to all environmental crises we face today, from climate change to the sixth mass extinction. Almost all known pandemics and emerging diseases (including influenza, HIV/AIDS, Ebola, Zika, Nipah encephalitis and COVID-19) are zoonoses, meaning they are caused by microbes of animal origin which spill over during close contact between wildlife, livestock and people.

The IPBES report warns that currently an estimated 1.7 million undiscovered viruses are thought to exist in mammal and bird hosts, of which between 631,000-827,000 could be able to infect humans.

There is a risk that governments’ preference for reaction over prevention will lead to more calls for culling wildlife and farmed animal populations. This represents a ramping up of our destructive world domination instead of the radical contraction we so badly need. As Population Matters Patron Jane Goodall explained in a recent interview:

“We brought it (COVID-19) on ourselves by our disrespect of nature and our disrespect of animals. We push animals into closer contact with humans. We hunt them, eat them, traffic them, sell them as exotic pets around the world, we put them in factory farms in terrible close conditions and all these situations can lead to an environment where a pathogen, like a virus, can jump from an animal to a person, where it may cause a new disease like COVID-19.”

Have we finally learnt our lesson?

UN Secretary-General Antonio Guterres also did not shy away from the hard truth in a recent address:

“Humanity is waging war on nature. This is suicidal. Nature always strikes back – and it is already doing so with growing force and fury. Biodiversity is collapsing. One million species are at risk of extinction. Ecosystems are disappearing before our eyes… Human activities are at the root of our descent toward chaos. But that means human action can help to solve it.”

Echoing other recent scientific publications, IPBES urges the reduction of meat consumption and production. It also calls for reduced trade in wildlife and better protection of biodiverse areas. In overconsuming wealthy countries, these are measures that can and should be implemented immediately through strong policy action.

However, much greater investment in empowering, choice-based population solutions is also urgently needed. By 2030, the global middle class is expected to reach 5.3 billion people – two billion more consumers with increased purchasing power. And in the poorest countries, rapid population growth is often the main driver of nature loss. We have overrun the planet. With 7.8 billion of us today, ever more people, whether they purchase products or directly encroach into forests to get their next meal, is a disaster for nature and public health.

Empowering people to choose smaller families by investing in gender equality, universal access to family planning and education, and encouraging those who already have choices to consume and plan their families in a responsible, compassionate way, will limit the long-term damage inflicted by COVID-19, advance the (currently backward-sliding) Sustainable Development Goals and create a safer future. UN Development Programme Administrator Achim Steiner called the pandemic a ‘tipping point’:

“We have an opportunity to invest in a decade of action that not only helps people recover from COVID-19, but that re-sets the development path of people and planet towards a fairer, resilient and green future.”

Nature does not exist for us to exploit and destroy – we are just one of millions of interconnected species whose survival depends on a healthy environment. Let’s show some respect, empathy and foresight and make sure #BuildBackBetter becomes more than a social media hashtag. What happens next is in our hands. 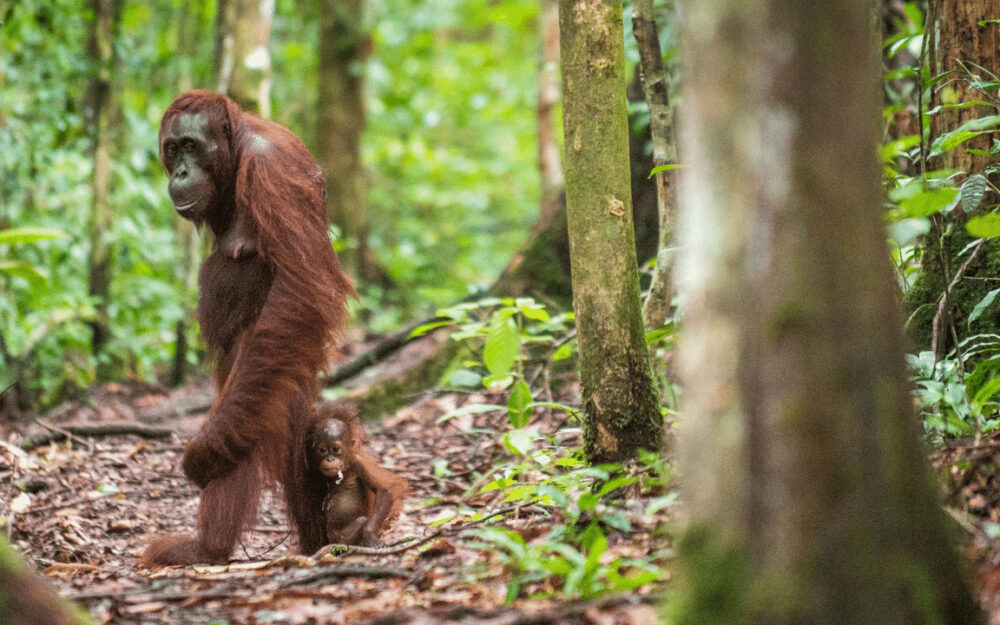 David Attenborough’s ‘A Life On Our Planet‘ highlights the rampant destruction of nature caused by human population growth and unsustainable consumption, as well as the positive and urgently needed actions…