One river, many tributaries: Talking population in Kenya

I’m not long back from eastern Kenya, still buzzing with the energy, insights, and most especially the sense of having found common cause and shared understanding amongst what seemed on paper a challengingly diverse group of individuals, disciplines, and sectors represented there.

The ‘conversation’ started over two years ago, when Dr Monique Oliff of WellSense, a small community health consultancy operating throughout sub-Saharan Africa, contacted me following media coverage of our 2019 World Population Day event held in partnership with and at the invitation of the Nigerian Conservation Foundation. From our conversations emerged a shared vision and ambition to create a forum and space for Kenyans to talk about and engage freely with the issue of human population, whilst also considering the other drivers and potential solutions to the ecological and climate emergencies confronting humanity. Later the same year, when over in Kenya for the International Conference on Population and Development (ICPD25), my colleague Florence Blondel and I met again with Monique, who provided a parallel, but more insightful, itinerary than that on offer in the Conference venue: taking us into Nairobi’s Kibera slum to meet community leaders and hear directly from women and girls whose lives were affected by lack of family planning choice, as well as visiting rural communities experiencing the direct impacts of environmental degradation and climate change.

The onset of Covid put the earlier planned event on hold, but the two-year delay wasn’t wasted, with both greater funding and spread of participants secured. This was and is an initiative arising from and generated in Africa by Africans. Whilst PM contributed to the devising of the concept, providing information resources and contacts, design input, and the seed-corn funding – the lion’s share of the work on the ground, pulling in the interlinking streams of presentations, woven together by artistic and musical reflections and interventions, was delivered by our Kenyan partners. The Conversation was truly grounded in Africa, with all participants camping under the stars, and the presentations taking place in a traditionally thatched meeting barn or ‘banda’, open to the welcome cooling breeze, but with all the essentials of internet connection, projection screen, and PA system to facilitate discussion.

Kenya provided the focal point for a globally relevant conversation. Population growth and its impacts are very real for Kenyans, as Wendo Aszed, founder of Dandelion Africa and PM Empower To Plan partner set out: the country’s current population is estimated to be around 56-58 million, depending upon the source reference, and projected to increase to over 90 million by 2050, possibly hitting over 125 million people by the end of the century. The impacts on people and their environment are plain to see, the lack of choice and agency for many millions of women and girls an inconvenient truth in a country which prides itself as being the first country in sub-Saharan Africa with a national population policy (introduced in 1967), and to have a government budget line dedicated to family planning (since 2007). Surfacing contradictions and gaps between policy, practice and reality is not something Wendo shied away from, “If I say something that upsets you in this presentation, then I’m sorry in advance.”

Something that did rightly upset us were the facts presented by Dr Job Makoyo, director of programmes and operations for Marie Stopes International (MSI) Kenya.

And with 43% of pregnancies unplanned and only 53% of Kenyans using modern family planning methods, many of those unwanted pregnancies and deaths were preventable.

Inconvenient truths such as soil scientist Dr Caroline Oukuro went on to observe, that at the present population level, nearly 50% of Kenyans live below the poverty line. And with 80% of the country categorised as Arid or Semi-Arid Lands (ASAL) and agriculture having to expand to feed the growing numbers of its citizens whilst continuing to bring in 40% of Kenya’s foreign currency earnings, pressure on soils and water resources is increasing. Three-quarters of the country’s water catchments are already stressed, exacerbated by climate change evident in recent droughts. Geologist and water engineer Collins Owuor brought that down to the individual level by reminding us that water scarcity is defined as each citizen having less than 1,000 cubic metres of water available per year; in Kenya the average is 618 cubic metres. Yet, as I recently saw on my weekly shop, Kenyan green beans (along with roses and flowers) are still airfreighted into UK supermarkets; each kilogram costing an additional litre of precious ‘embedded’ water.

Hold on a moment, this was a Population Conversation symposium, what were soil scientists and water engineers doing there? They weren’t the only specialists and wider disciplines present: marine biologists, wildlife conflict managers, urban waste recyclers, girls’ independence and rights enablers, family planning and maternal health providers, proponents of sustainable development and new economic models for improving people’s wellbeing within natural resource boundaries all added to the flow of knowledge and experience. Alongside leading academics from the Universities of Nairobi, Rwanda and Mombasa’s technical college, grassroots workers and activists working in some of the hardest pressed communities in Kenya engaged in and contributed to the conversation. Frederick Okinda from Komb Green, which PM has been proud to support through our Empower To Plan project gave a powerful account of his personal journey from a life of criminality to setting up Komb Green to clean-up and ‘green’ the environment of Korogocho slum on the edge of Nairobi. He showed us slides of KG volunteers wading chest high into the Nairobi river to hook out polluting waste and debris – including the bodies of over 40 aborted foetuses and dead babies, which they buried with love and dignity. His colleague, Betty, described the transformation she’d made from sex worker to becoming a skilled carpenter as part of a furniture-making cooperative of women regaining their independence. Such stories stir the heart, stick in the mind, bring statistics alive, and demand action.

As Dr John Mushomi of the African Institute for Development Policy (AFIDEP) commented, “the point is to move from the power point to find and leverage where the points of power are”. Professional storyteller, Mara Menzies, explored and brought out key themes from each day’s discourses under the night sky with all of us gathered around an open fire, her stories sparking reactions to the day’s programme and its interpretation, bringing participants together not just as delegates, but as fellow humans with emotional responses. Youth Theatre Kenya, whose actors are the generation in the eye of the accelerating storms of population growth, climate change, biodiversity loss, and social disruption, encapsulated the key issues of choice, lack of choice, reluctance to talk about anything ‘behind the bedroom door’ amongst parents, educators, policy-makers and NGOs in a series of sharply-observed skits that drew laughter, tears and applause.

This was a different and distinctive event. Different in that, it is almost inconceivable to me that PM could have brought together such a diverse, but relevant cast of characters, actors (in both the literal sense and in terms of agency and influence), distinguished academics, senior representatives of environment, development, women’s rights and reproductive health NGOs, frontline activists, faith leaders, community workers, policy makers, and those directly in the frontline of the impacts of population growth, ecological collapse, and global injustice under one roof in the UK, the US, or any European country. Not just together under one roof, but engaging openly and honestly in a conversation and signing up to a shared, unifying statement recognising the need to address and integrate the issue of population in our many and varied fields of work:

“We believe that the issue of human population is a critical factor which influences, impacts upon and is relevant to all our concerns as individuals and organisations representing and working on:

We also believe that addressing the overconsumption of resources, production of waste, and the inequity inherent in those globally is an inseparable part of the population conservation.

We are committed to taking forward and developing this conversation, as we believe it is of critical importance for Kenya, for Africa, and indeed for the world.”

It is the intention of the organisers and a core group of participants to extend this ‘Population Conversation’ across Kenya, Africa, and beyond.

The last word should go to Dr Dieudonee Muhoza from the University of Rwanda, who set out the extraordinary progress that Rwanda has made since the genocide of 1994 when over one million people were massacred. Rwanda’s population density, amongst the highest in Africa at the time of the genocide, has been cited as a factor in the genocide. It took nearly a decade for the country to stabilise and for its people to reconcile with the horrors of those 100 days in 1994, but in 2005 the government introduced its Vision 2020 which amongst other challenges to be overcome, “recognised population growth as a major barrier to the country’s development.” Use of family planning, which the government saw as a “central component of a healthy and sustainable society” has increased from just 8% in 2000 to nearly 60% today – a remarkable achievement that makes Rwanda’s family planning programmes stand out globally, but particularly in sub-Saharan Africa, which continues to defy the optimistic predictions of demographic transition theorists such as the late Hans Rosling. As well as that dramatic upward curve in use of modern contraceptives, child mortality has halved, and Rwandan women are having on average just under 4 children. If that progress is sustained, Rwanda will, by 2030, have achieved the demographic conditions necessary for accelerated economic growth. “Family planning in Rwanda is not seen as population control, but rather as a way to empower the people” – I couldn’t have put it better myself! 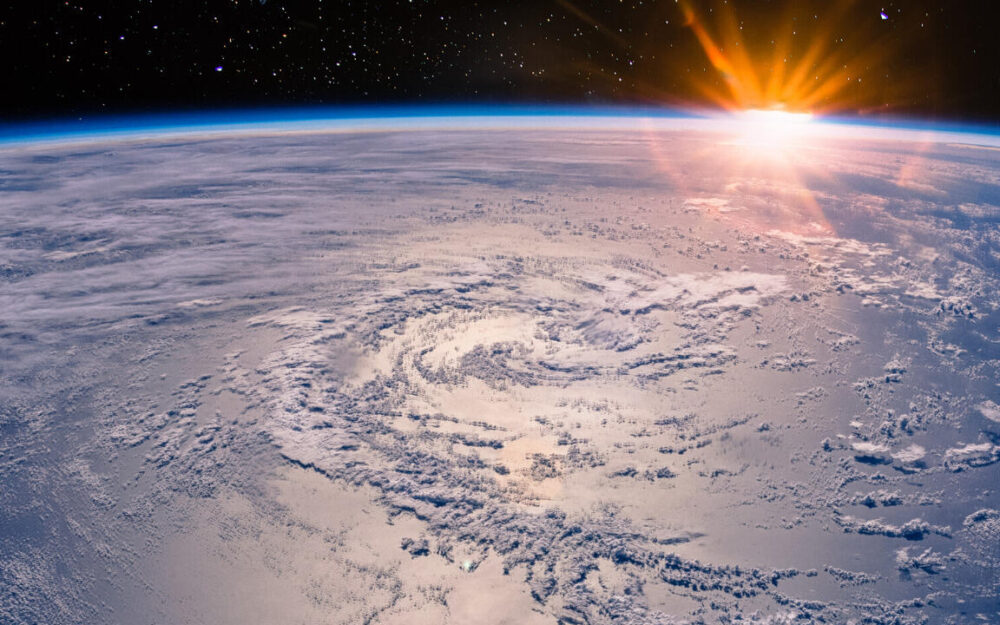 As 2021 draws to a close, Population Matters Director Robin Maynard reflects on an eventful year. Thank you to all of you from across the world for your interest, your… 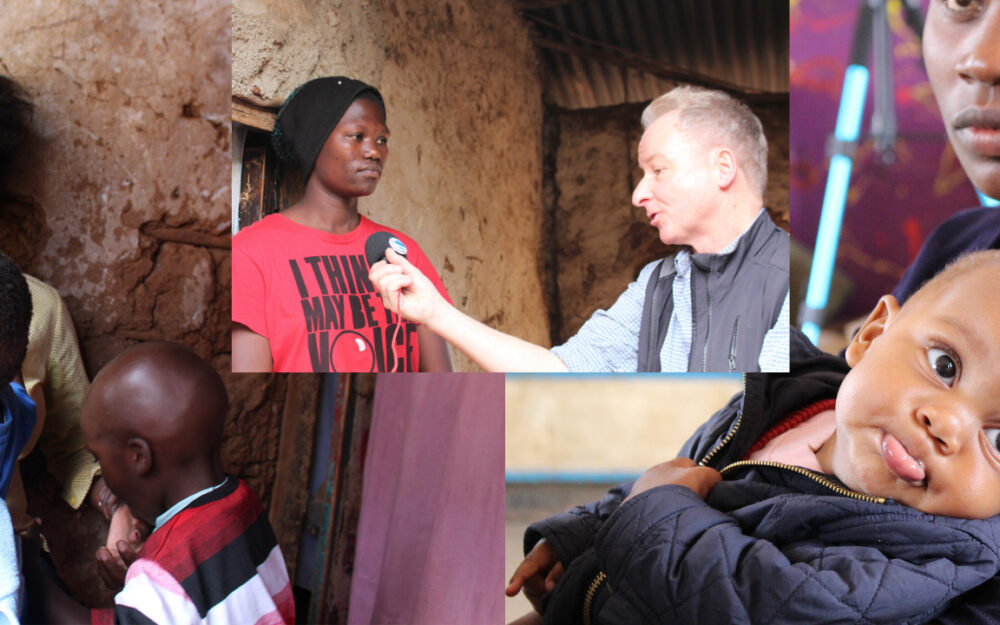 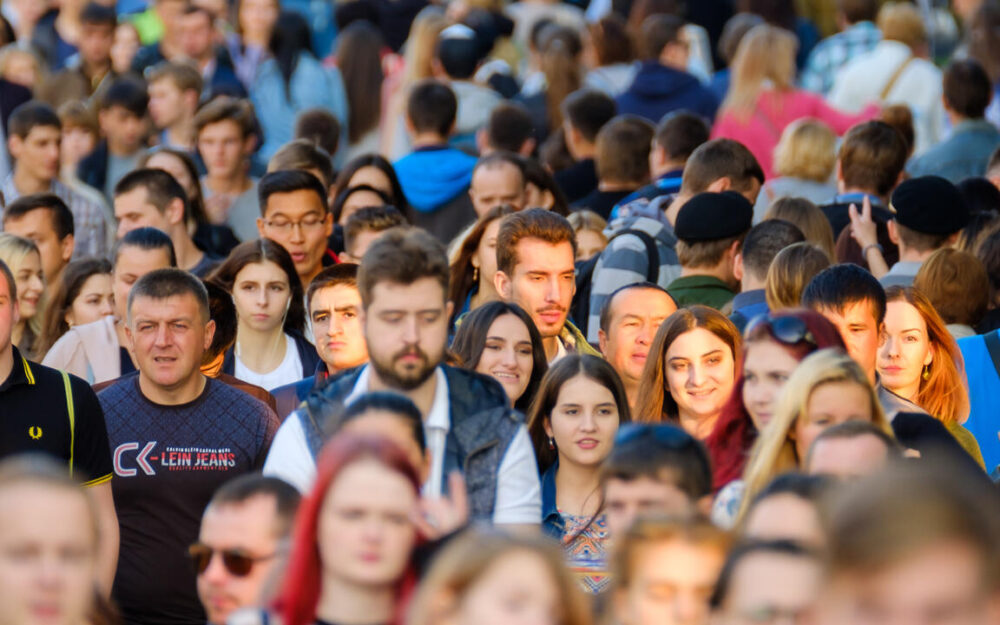 This week, representatives from Population Matters will attend one of the most significant global meetings on population and development in recent years, the Nairobi Summit on ICPD 25.  They will…

As 2021 draws to a close, Population Matters Director Robin Maynard reflects on an eventful year. Thank you to all of you from across the world for your interest, your…

This week, representatives from Population Matters will attend one of the most significant global meetings on population and development in recent years, the Nairobi Summit on ICPD 25.  They will…