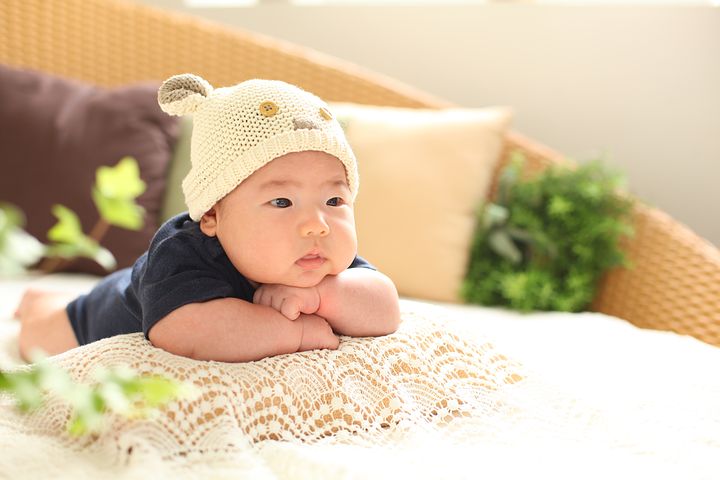 A new study published in The Lancet has attracted enormous attention for projecting that the global population will peak at 9.7bn in 2064 and be 8.8bn by the end of the century. That’s 2bn below the United Nations projection. Can it be true? Alistair Currie, our Head of Campaigns, takes a look.

The new study has been produced by the Institute of Health Metrics and Evaluation at the University of Washington in Seattle. Its figures are certainly striking. They project 50% fewer babies being born by 2100, 2.4 billion people over the age of 65 and a Total Fertility Rate (the standard measure broadly equivalent to average family size) of 1.66 – far below the “replacement rate” of 2.1. In its most likely scenario, the study projects population to peak at 9.7 billion in 2064, then decline to 8.8 billion by the end of the century – two billion fewer people than what the UN projects.

These numbers have led to some sensational headlines, with the BBC referring to a ” ‘jaw-dropping’ crash” in number of babies being born. Much of the media coverage has focussed on the economic and social challenges posed by having more old people than those being born. Many of these headlines obscure the fact that even in these figures,  2bn people will be added to our population over the next 40 years.

Let’s first unpack the figures, and then have a look at the implications.

Yes. Though that doesn’t mean it’s right. Indeed, some demographers have already questioned its approach and results.

It is also very important to recognise that the headline numbers reported are at the middle of a range of projections made in the study. A number of likely scenarios are considered generating different results, and as with all such forecasts, there is a level of statistical uncertainty which increases the further ahead in time the projection extends. At the top end of the main scenario’s “95% uncertainty interval”, for instance, population in 2100 is 11.8bn – higher than the UN’s current medium variant projection.

The study uses techniques in modelling future population growth that the United Nations doesn’t currently use in producing its projections. Those include some sophisticated assumptions about factors which impact on population and family size such as education and contraceptive access in poorer countries, and estimates about what average family size will look like in future in more highly developed countries where those issues are largely already addressed.

In both these areas, the Washington study projects smaller family size almost everywhere than the United Nations does, with 700 million fewer people in Africa by 2100, for instance. Meanwhile, the study concludes that fertility rates will “settle” at a significantly lower level than the UN predicts, in more places. The UN reports that almost half of all people currently live in countries with below repacement rate fertility. The Washington study forecasts that 183 countries will have below replacement fertility by 2100.

As the authors acknowledge, long term population forecasting is inevitably uncertain. In particular, progress in reducing fertility rates depends on continued improvements in education, contraceptive access and women’s empowerment. These are by no means certain at the rate the study anticipates, or even the UN’s projections assume.

The multinational and long-term FP2020 project, intended to answer the unmet need for contraception for 120 million women, has failed to meet its targets, and the absolute number of women with an unmet need is increasing. Meanwhile, the COVID-19 pandemic poses a major threat to the international aid, family planning services and economic development on which such progress depends.

In another indicator of the halting progress of such developments, most of the United Nations’ Sustainable Development Goals for 2030 are expected to be missed. Amongst its other projections, the Washington study models population growth if the SDG targets related to education and contraception were achieved, generating a global population in 2100 of 6.3bn – more than one billion fewer people than we have today. In contrast, slower progress than expected (which could well happen) would lead to 13.6bn by the end of the century! As we have detailed in our recent report on the SDGs, population growth is a major obstacle to the achievement of very many of the SDGs. The importance of promoting and investing in the achievement of the SDGs which also help address population growth could not be more clear.

The threats to achievement of a more sustainable population go beyond a simple failure to invest in or promote the positive solutions. In a growing number of countries, government policy is now to encourage larger families as a result of concerns about ageing populations. Most concerningly, in Iran, access to family planning is being limited by the government for that reason.

The authors of the report themselves acknowledge the risk of such action:

“A very real danger exists that, in the face of declining population, some states might consider adopting policies that restrict female reproductive health rights and access to services. Low fertility in these settings might become a major challenge to progress for females’ freedom and rights.”

This issue is critical: the study itself may foster concern about population “decline” that motivates governments to introduce pro-natal policies (those which are intended to create child birth and large families) through both non-coercive and coercive means.

What does this mean?

The study concludes with a four page discussion of the implications of its findings. That contains just two sentences addressing the benefits to the environment:

“A decline in total world population in the latter half of the century is potentially good news for the global environment. Fewer people on the planet in every year between now and 2100 than the number forecasted by the UNPD would mean less carbon emission, less stress on global food systems, and less likelihood of trans-gressing planetary boundaries.”

Almost all the remainder of the discussion examines political and economic consequences of population changes. Primarily, that means speculations about geopolitical effects of shifting economic power due to increased or reduced populations in individual nations, and the consequences of changing age structures, resulting in fewer working-age people and more older people.

The association between population size and economic power appears simplistic in many respects. It depends on assumptions about the value of large reserves of labour and the continuation of a growth-focussed economic model that appear increasingly shaky. In particular, the study almost totally ignores the economic consequences of multiple environmental challenges: water shortage, climate change and the catastrophic effects of the loss of insect pollinators are just a handful of those.

Ageing populations  unquestionably represent a challenge to the provision of services and to “business-as-usual” economics. However, increasing the number of young people (through pro-natalist policies) simply produces more old people several generations later and is not sustainable. Instead, we must prepare and rebalance our economies and social policies to enable older people to remain economically productive as far as possible, and to ensure appropriate reosurces are available to provide for their needs.

It is absolutely necessary to prepare for a world with different demographics than we have today. We undoubtedly have the resources and ingenuity to meet the challenges of smaller populations. The challenges of increased population and consumption, however, are even more profound, and far more threatening. Those include crashing biodiversity, hunger, poverty and worsening climate change.

The possibility of a substantially lower population than the UN currently projects is, of course, very welcome. Two billion fewer people by 2100 than what is widely predicted would represent hugely reduced pressure on our environment and natural resources. However, even this lower projection is one billion more than today and we are already using resources faster than they can regenerate, with devastating consequences for nature. The sooner we can end our population growth, the better.

These new projections do not mean that will happen. If they are to happen, they will depend on continued investment in the positive solutions which reduce population growth, and continuing to reinforce the message that small families are essential if we are to have decent lives for all on a healthy planet.

If this study instead creates a perception that population will magically reduce by itself, or that a declining population is a bad thing, it could have devastating effects on global progress towards reproductive justice, sustainability and a human population in balance with our planet.

Although population growth in the 20th and 21st centuries has skyrocketed, it can be slowed, stopped and reversed through actions which enhance global justice and improve people’s lives. Under the United Nations’ most optimistic scenario, a sustainable reduction in global population could happen within decades.